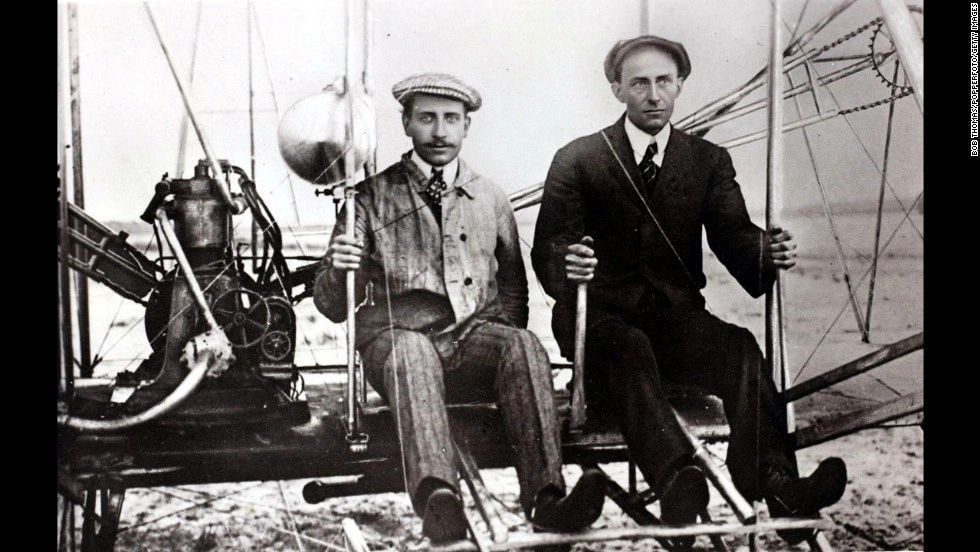 September 17 7:30 am – Leave Milwaukee from the Watertown Plank Park and Ride with additional pick-ups along the way. We will have a picnic lunch (included). Our first attraction is the Wilbur Wright Birthplace Museum.
Wilbur’s parents bought this 5 acres and house for $700 and they only lived here for three years. Along with the Wright family house is a Smoke House, Barn and an Outhouse. There is a full-size replica of the 1903 Wright Flyer. This replica took 10 years to build and was meant to fly. The propellers are hand carved. The motor is molded and cast into the replica 4-cylinder engine.  The tour also includes a replica of where the Wrights stayed when returning to Kill Devil Hills site in 1901. They pitched a tent about 1,000 ft. east of the higher hill and built a rudimentary shed as a workshop. The Main Street attraction includes the print and bike shops. The Brothers began their careers as printers. When they were unable to make a living at that, they began repairing and building bicycles. Check out the barber shop, dress shop, general store and school. There’s a collection of carvings. Many of these carvings were made from wood taken from the original house and fence.
We eat dinner (included) on site and then check into the hotel where we will stay for the duration of our tour.

September 18 – The Wright/Patterson Air Force Base!
After we eat breakfast at the hotel (included) we spend the entire day at the National Museum of The United States Air Force. The museum features more than 350 aerospace vehicles and missiles and thousands of artifacts amid more than 19 acres of indoor exhibit space. 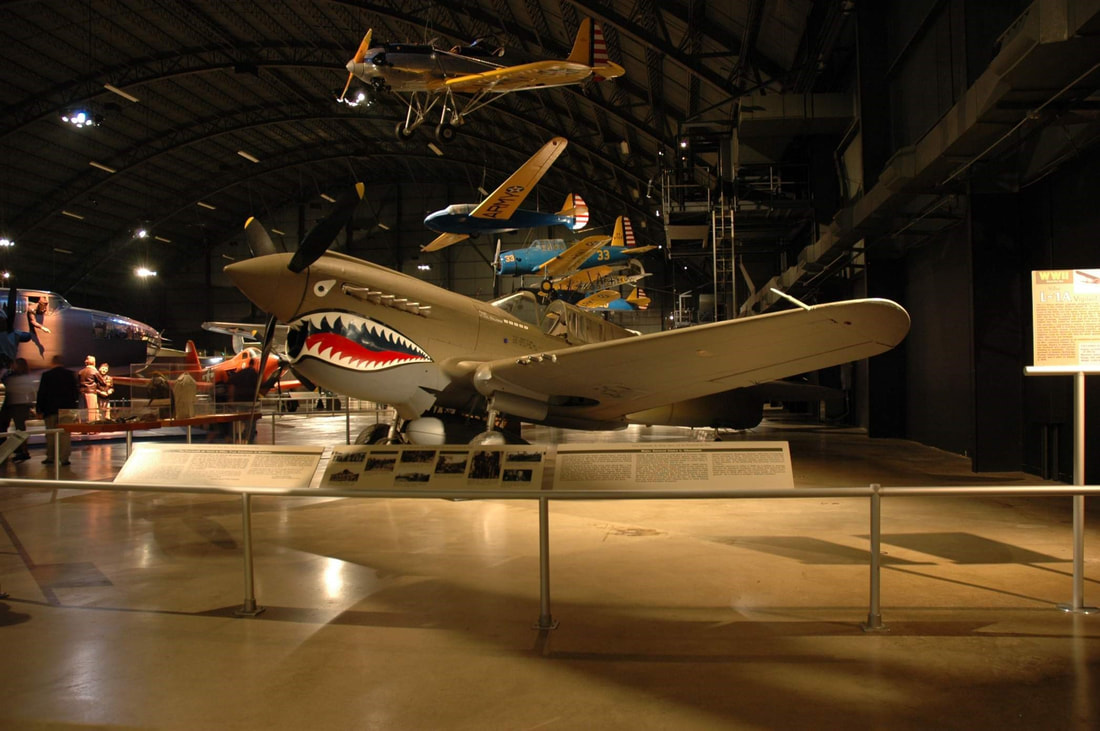 ​You can go at your own pace or join a tour. Tours are approximately one hour and 15 minutes in length. Tours start at the information desk in the gallery that the tour will take place.
The guided tour schedule is as follows:
10:00 a.m. - Early Years, WWI and WWII Galleries
11:30 a.m. - Korea and SE Asia Galleries
12:00 p.m. and 3 p.m. - Space, Research & Development, Global Reach and Presidential Galleries
1:30 p.m. Cold War Gallery
Also, for an additional fee of $10, there is the option of viewing a movie related to aviation or space flight.
Lunch (not included) is available on site. You can eat when you want to. It isn’t necessary to stay with our group, but you can if you choose.
We leave at closing at 5 pm. After our departure we enjoy dinner (included).

​September 19 – After breakfast (included) at the hotel, we spend the day at Carillon Historical Park. Your day includes the following:
- Carillon Historical Park’s Heritage Center of Dayton Manufacturing & Entrepreneurship is themed around innovation, manufacturing, industry, engineering, and invention. The focus of the Heritage Center rests on five main individuals: John H. Patterson, Orville & Wilbur Wright, Charles F. Kettering, and Colonel Edward A. Deeds. As a city set in the middle of the country, Dayton continues to remind us of America’s Gilded Age and the entrepreneurial spirit of this nation. The Heritage Center covers a span of over 150 years, starting as early as 1840 and continuing into the nuclear age. It paints a picture of a city emerging out of the industrial revolution and evolving into a major center of manufacturing. Evolving over time, Dayton was a center of innovation through the Civil War, Reconstruction Era, Gilded Age, Progressive Era, World War I, roaring 1920s, Great Depression, World War II, and Cold War era.

The Print Shop is the nation’s only fully operational 1930s letterpress job shop in a museum. With authentic 1930s printing equipment and furnishings, the Print Shop harkens to a time when Dayton had 77 printing companies, ranging from one-person operations to McCall’s, which produced 4 million magazines daily, including Newsweek, U.S. 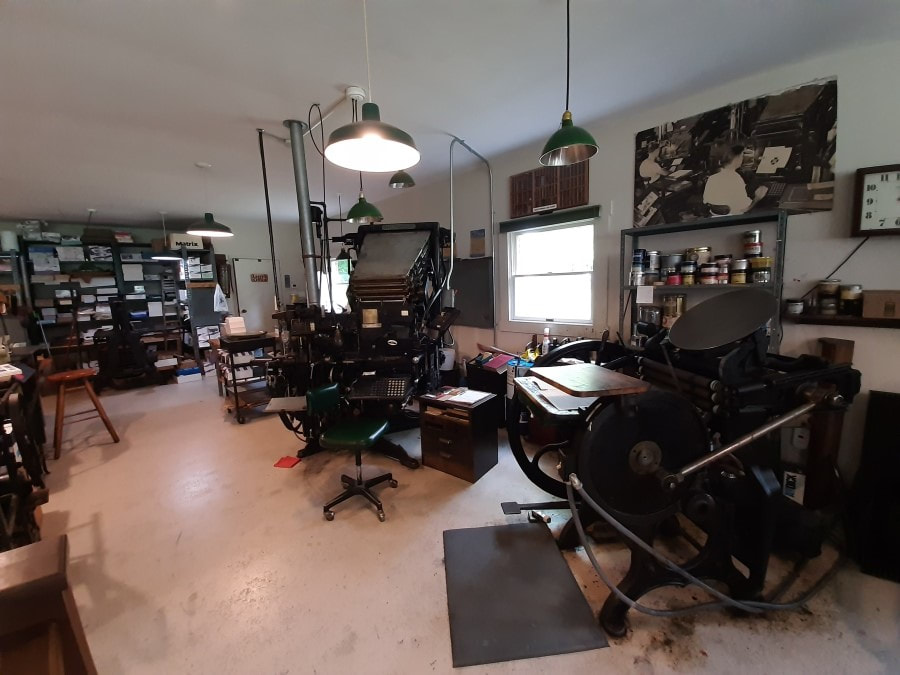 ​The Great 1913 Flood Exhibit The Great 1913 Flood was Ohio’s worst natural disaster; waters reached 20 feet in low-lying areas and rushed up to 25 miles-per-hour. Gas lines broke, fires roared across town, and the Great Miami River swelled to more than a mile wide on either side. While over 1,400 horses died, the region only accounted for 361 human casualties, largely due to NCR’s massive relief efforts.

​The History on the Hill Interpretive Center tells the story of the land on which Carillon Historical Park sits—its geological history, its settlement by the prehistoric Hopewell people, and its use as a segment of the Miami and Erie Canal.

​Hawthorn Hill is Orville Wright’s success mansion. Join the ranks of Charles Lindbergh, Henry Ford, and Thomas Edison as visitors to the world’s first pilot’s last home.
With its white pillars and twin porches, Hawthorn Hill has long been synonymous with Orville Wright and the Wright family. After purchasing property at the corner of Salem Avenue and Harvard Boulevard in Dayton, the Wright brothers’ younger sister, Katharine Wright, soon cajoled her world-famous brothers to move construction to Oakwood’s rolling, idyllic hills. Although both Orville and Wilbur were involved in planning the home, Wilbur died of typhoid fever on May 30, 1912, at age 45. Upon completion in 1914, Hawthorn Hill became the residence of Orville, Katharine, and their elderly father, Bishop Milton Wright. Over the next 34 years, the mansion welcomed Charles Lindbergh, Henry Ford, Thomas Edison, and other luminaries.
You will be taken on a 90-minute tour of the mansion in small groups.
During your visit to the park, you will have multiple lunch (not included) choices.
Dinner (included) will be a private “tea” for just our group. 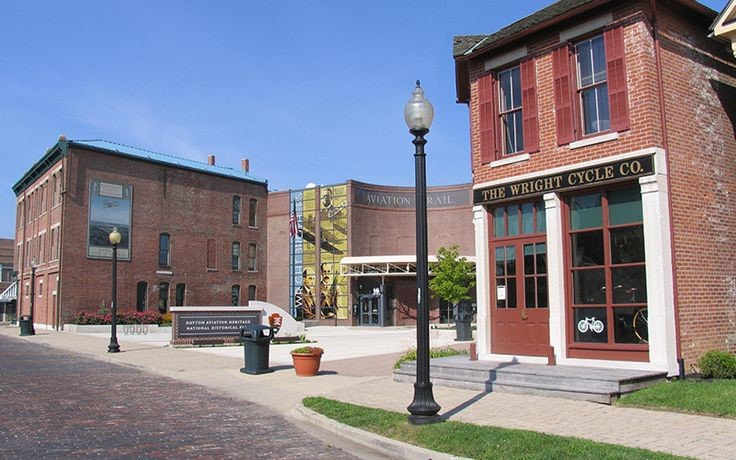 ​Catch lunch (not Included) at the food truck court located across from the center. After the two-hour tour and lunch, we board the bus and head back to Milwaukee with a stop for dinner (included).

Be prepared to get a quote for trip insurance at the time of sign-up.

stair climbing, above average walking, getting on and off the bus many times during the day. Uneven surfaces and standing in one place.

Venues on the tour are subject to change.
contact