THEY MADE AMERICA TOUR

They didn’t all make the history books. But be it a dry goods merchant, a president’s wife, a banker, a songwriter, conductors on the underground railroad, Religious separatists or the pioneers that pushed westward, in their own way, they made America. we will dig deep and discover how.
May 30, 2023 7:30 am – The bus leaves the Watertown Plank Park and Ride for the Indiana State Museum where we are served a high tea lunch in the L. S. Ayres Tea Room (included).
​After lunch we will have a light tour of the Indiana State Museum at your leisure.
​
2:30 pm - We board the bus and head for West Baden Hotel where we stay for the night after buffet dinner (included) at French Lick Hotel.

​May 31, 2023 – We enjoy breakfast at the hotel (included) and check out. After breakfast we board the bus for Vincennes. Founded in 1732 in a part of the Midwest that belonged to France. Vincennes is Indiana’s oldest city. Over time, ownership of this town changed hands from France to Britain and then America following the Revolutionary War in 1776. In 1800 Vincennes was named the capital of the Indiana Territory.

We will tour the original Territory Capitol building, built in 1805, the Jefferson Academy which was the first school of higher learning in the state, the Elihu Stout Print Shop, Fort Knox II, the Old French House and the Old State Bank absorbing history that reaches back almost three centuries.

​After the historical tour of Vincennes, we eat lunch (included) at Graze 1885. After lunch we board the bus for New Harmony.

New Harmony is the site of two early American utopian communities. The Harmony Society arrived in the United States in 1804 and settled in Pennsylvania before purchasing 20,000 acres on the Wabash River and moving to Indiana in 1814. The Harmonists were religious Separatists from Germany. They sold New Harmony to Robert Owen in 1824 and he and business partner William Maclure hoped to establish a model community where education and social equality would flourish. We tour the historic buildings of this settlement and get a look at innovative construction techniques.
​After the tour we enjoy dinner (included) and check into the Seelbach Hotel in Louisville where we stay for three nights. 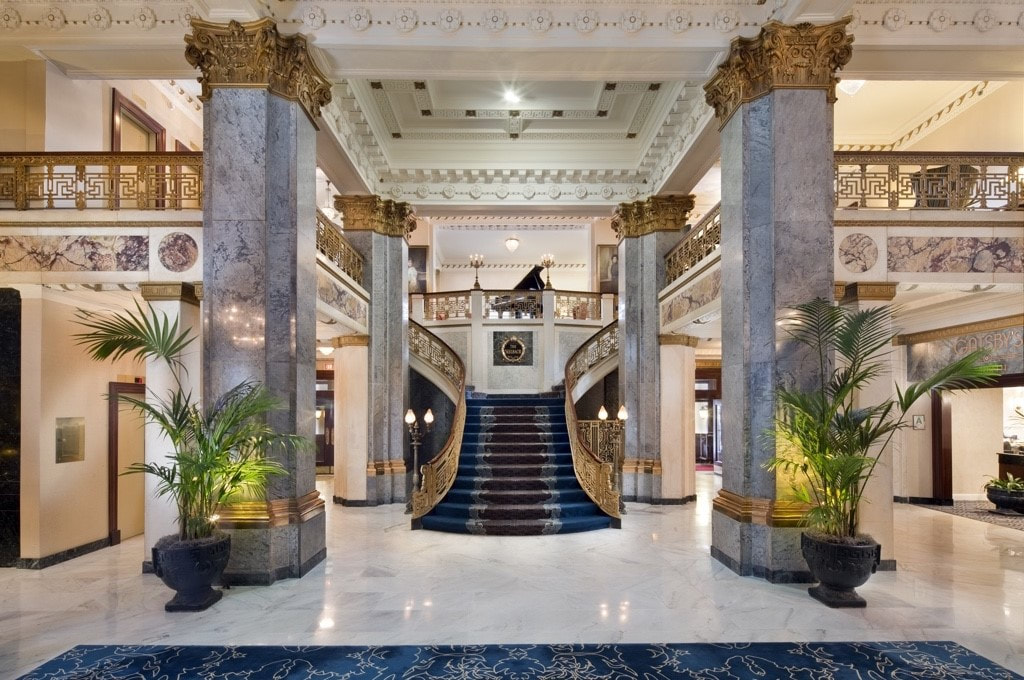 ​Dripping in gilding, The Seelbach opened in 1905 envisioned by the Seelbach Brothers to embody the old-world grandeur of European hotels in cities such as Vienna and Paris.

June 1, 2023 – After breakfast (included) at the hotel, we board the bus and head for historic Madison, Indiana where we tour the Lanier Mansion.
The Lanier Mansion is one of the best examples of Greek Revival architecture in the country and is the Crown Jewel of Madison’s Historic District. Experience history as it was in the 1840s when America was still young. James Franklin Doughty Lanier is our history maker on this tour being active in banking and railroad expansion.
After the tour we head to New Albany, IN where we enjoy lunch (included) in the ballroom of the Pepin Mansion
​New Albany was a wealthy town in its heyday. One of the wealthiest was William Culbertson. We only have to cross the street to tour his magnificent home, The Culbertson Mansion! Culbertson was a dry goods dealer using the Ohio River, within walking distance of his home, to move goods from city to city. He became one of the richest men in the state and a renowned philanthropist.
​The tour of the Culbertson Mansion will be an extended tour and we will dine and play here for dinner (included). Afterward we will go back to the hotel for a good rest.

June 2, 2023 – After breakfast (included) at the hotel, we drive futher into Kentucky to tour The Mary Todd Lincoln House.
Discover one of America’s most fascinating first ladies! The Mary Todd Lincoln House was the family home of the wife of 16th President Abraham Lincoln. Mary Lincoln was sophisticated, educated, and versed in politics. On the surface, her success in the White House seemed assured. Yet, few women in American history have endured as much controversy and tragedy. Lunch is on your own with great restaurants to choose from nearby.
​
The next stop is My Old Kentucky Home. Explore the 200-year-old mansion of the Rowan family. Stories of deadly duels, horse racing, fortune, fame, demise, all alongside original fine antiques, & beautiful architectural spaces. Tour guides perform the song for which the house is named, "My Old Kentucky Home," on every tour. The ballad "My Old Kentucky Home, Good-Night!" written by popular 19th century composer Stephen Foster, is one of the most influential songs in American culture and is sung at The Kentucky Derby every year. 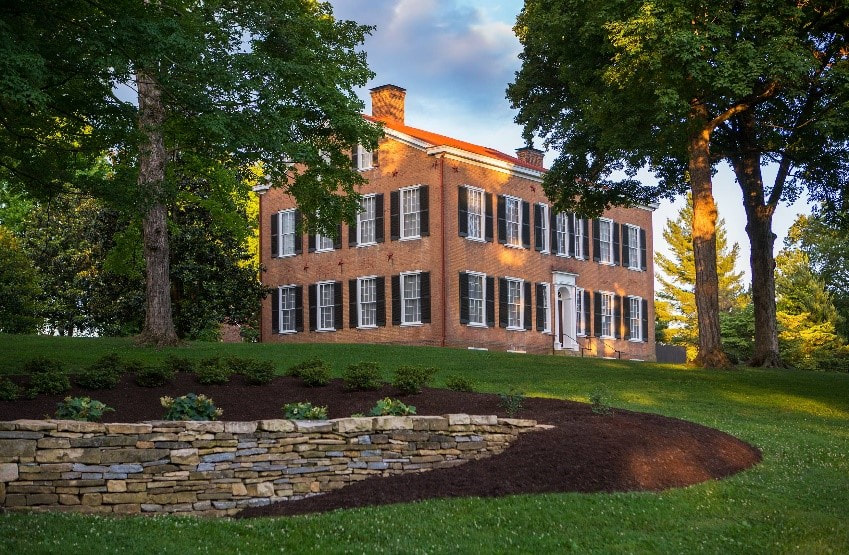 ​Dinner (included) is enjoyed on My Old Kentucky Dinner Train this evening. Immerse yourself in an experience that will take you back to a time of fine dining aboard luxurious rail cars in the heart of Kentucky Bourbon country. Enjoy a seasonally inspired meal prepared fresh on board while taking in the beautiful scenery with top-notch service and create memories to last a lifetime. The experience includes a 2.5 hour, 36-mile roundtrip excursion, a gourmet, four-course dinner prepared fresh onboard and all non-alcoholic beverages, including after dinner coffee and tea. Afterward we head for the hotel.
​June 3, 2023 – After breakfast (included) at the hotel we check out and make our way to Whitewater Canal. The town of Metamora grew along the canal routes in Indiana. Every few miles these towns provided a source of fresh horses, food and lodging for travelers and a market for farmers to buy and sell their goods. We will watch a grist mill demonstration and take home a bag of cornmeal and take a rope making class. 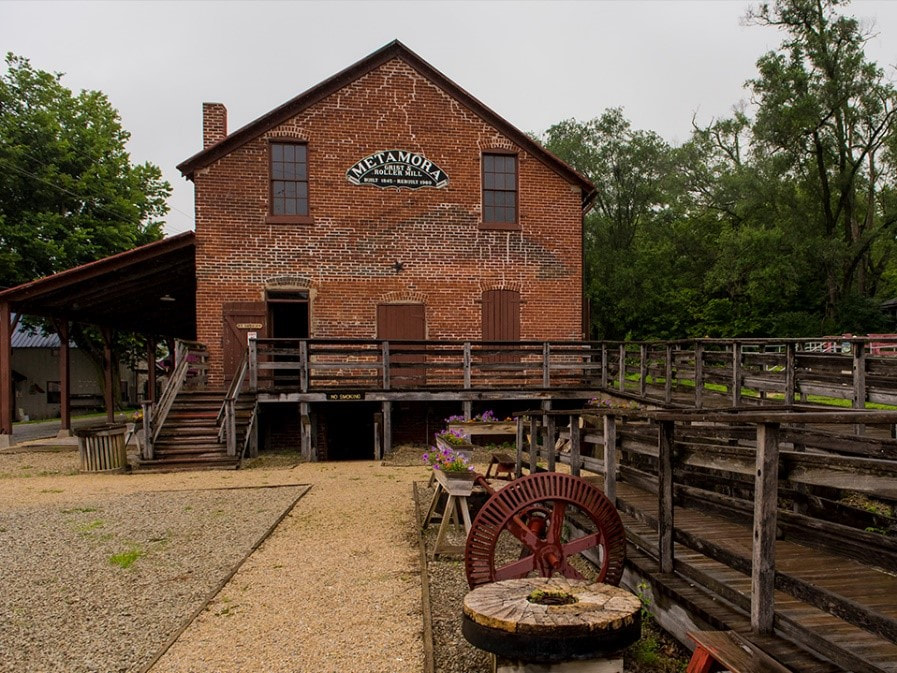 ​After the tour we grab lunch (not included) and continue to the Levi Coffin Underground Railroad House. From the street is looks like a normal Federal-style brick home building 1839. However, there are some features that served an important role in American history. This eight-room home served as a safe haven for more than 1,000 freedom seekers on their journey to Canada. Quakers Levi and Catharine Coffin’s home is known as The Grand Central Station of the Underground Railroad. After the tour we head for Milwaukee.

Be prepared to register for trip insurance
at the time of trip sign up. You will be
asked your date of birth. Trip insurance available only at the time you book trip.

Your participation on this tour
includes a year-long pass for all participating ASTC (Association of Science and Technology Centers) and NArm (North American reciprocal museum) museums and historical sites which
include over 3,000 to choose from.

Venues on the tour are subject to change.
contact